Colleges
High School
Menu
High Schools
Colleges
Install the app
You are using an out of date browser. It may not display this or other websites correctly.
You should upgrade or use an alternative browser.

How soon do I need to get to Rupp to get good parking? I have a handicapped parking placard.
Click to expand...

Good opportunity to spend some money and potentially win more back. Our friend has put this together in the hope of reducing costs to play. Good coach, better person! Hoping the power of BBN shows!

Opportunity to get in on super bowl squares and support the Puma's AAU organization. $20 per square, winner paid out every quarter ($250). 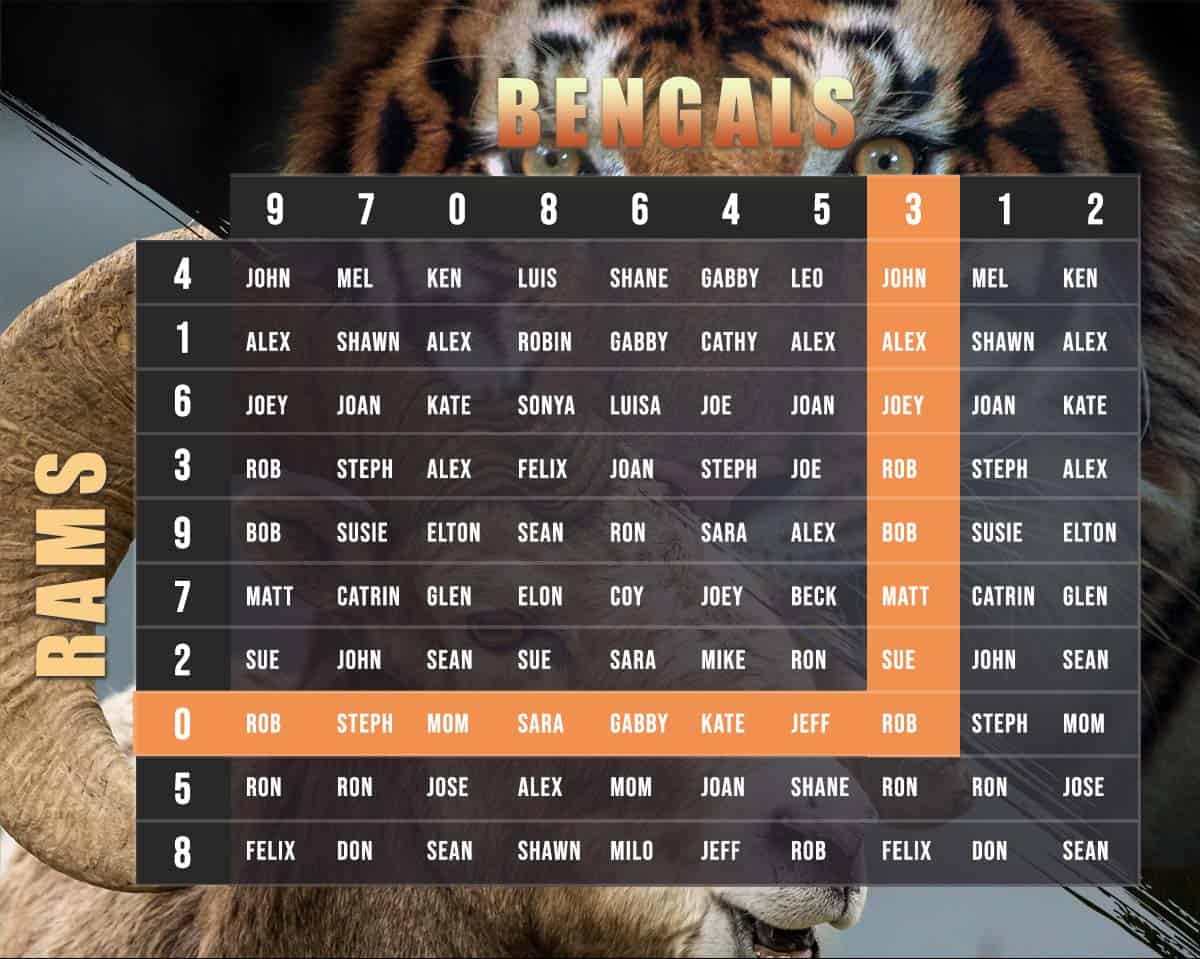 Go in, set up an account (1 minutes) select your square or squares and pay the coach through one of the following cash applications.

If you win, you will be paid back through the app you used; Venmo or Cash App

Javon Baker is transferring to Kentucky 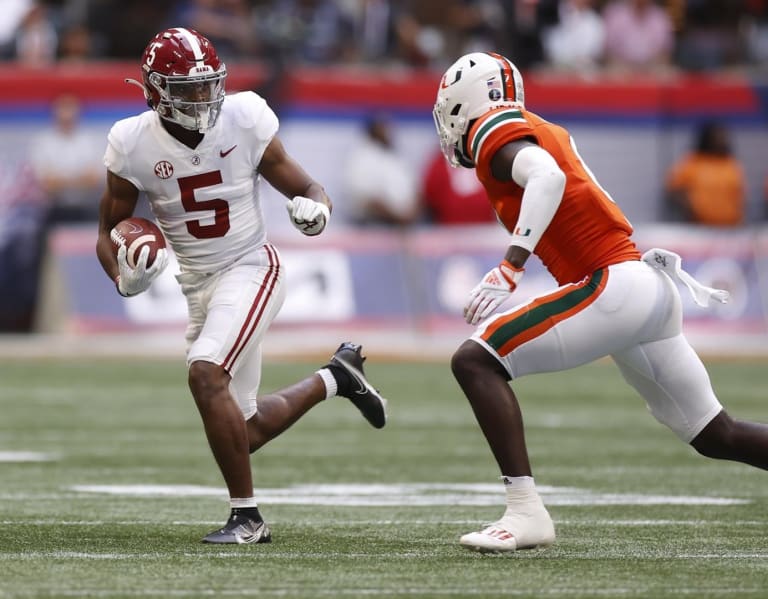 Who you got. Personally don’t like either team but guess I’ll pull for the RAMS. Brady is the GOAT but it’s time for someone else to Win.
Click to expand...

One thing that Stoops is absolutely without peer

Without question, in my 50 years as a fan, Mark Stoops is the worst “in game” coach in the history of college football. I have never seen a coach who is such a poor game manager, literally, it makes no difference how big a lead we have, there will be no adjustments and the other team will always have a chance. When ULL ran the spread option in last season’s opener the whole second half and nearly came back from a 33-10 deficit, I sat there in amazement. Then UL did the same thing with a true freshman QB making up a 21 point deficit (in fact, UK was up by 17 midway through the 3rd quarter!!). So last night, where USM scored on 6 on 7 straight possessions was certainly nothing new.


Second, UK has recruited better in certain areas, e.g., WR, and secondary. However, the recruiting and or development of other positions is vastly over rated. Our O line and D line is no better than it ever has been, which is really poor by Power 5 conference standards. Losing Tubman, Hatcher and Meant off of what was already a poor defensive front was just a killer. Not that they were world beaters either.


Third, watch some other teams play. I have long thought that Kentucky should aspire to be the Wisconsin of the SEC, which was historically a bottom feeder program in the Big 10. No one will convince me that Wisconsin is a hotbed of HS football talent. Yet they always are well coached, have hired not one but several good ones in a row. To see how they controlled the game against LSU and pulled off the win was just another good example. To tell you the truth, but for a couple of lucky defensive plays, Wisconsin would have routed LSU.


Forget recruiting, and fancy offensive schemes , just get a good coach (like Rich Brooks) that can actually run a program, has a clue about special teams (about which Stoops is utterly clueless), and can teach blocking and tackling
Click to expand...

Please delete... Posted the prediction contest to the wrong place.

This kid doesn’t get the name push that a couple others do in the 13th Region, but he has been on an absolute tear! A 6’7 guard with handles, range and elite level skill that can drop any pass on a dime. Great kid and an even better teammate! 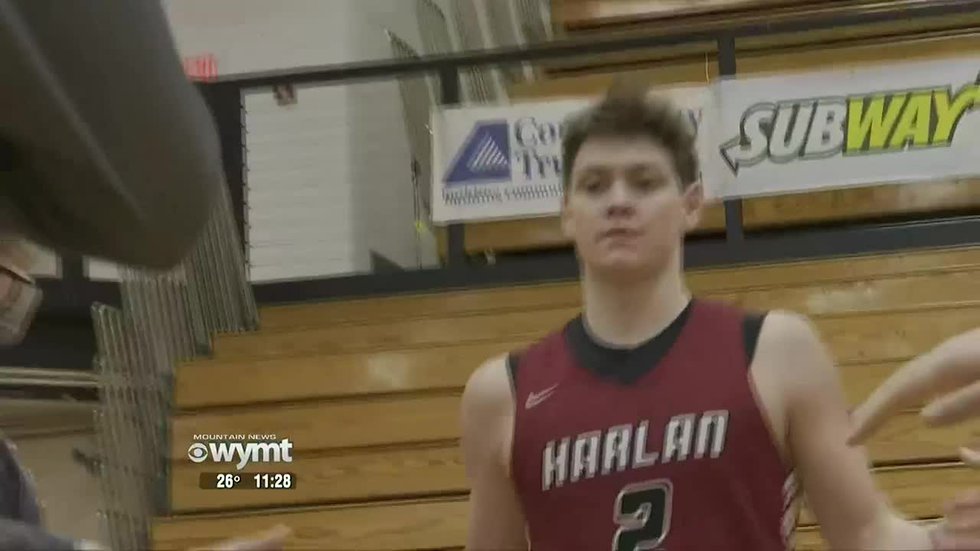 Noah saved his best performance of the week for last.

Auburn has a good team, they are definitely a top 10 team, but if Tyty doesn't go down, we win this game. Now Smith I see why they have him as the no. 1 pick. I see Auburn doing the same as most sec teams do in the NCAA tournament, flame out in the 1st weekend.
Click to expand...

So far we've seen new offers handed out by...
Click to expand...

Has to be released. Suspension of Edwards is...
Click to expand...

Memphis down 13 at the half. No jinxy

A penny for Penny’s thoughts. I hope he gets asked some questions that disrespects him bro.
Click to expand...

OT cheeseheads get in here

Great start, gotta keep the petal to the metal.
Click to expand...

Also, former Vandy HC Derek Mason was not retained as Auburn DC. Mason's thought to be headed to Oklahoma State as DC.
Click to expand...

Grady, Tshiebwe ready to run it back against Auburn 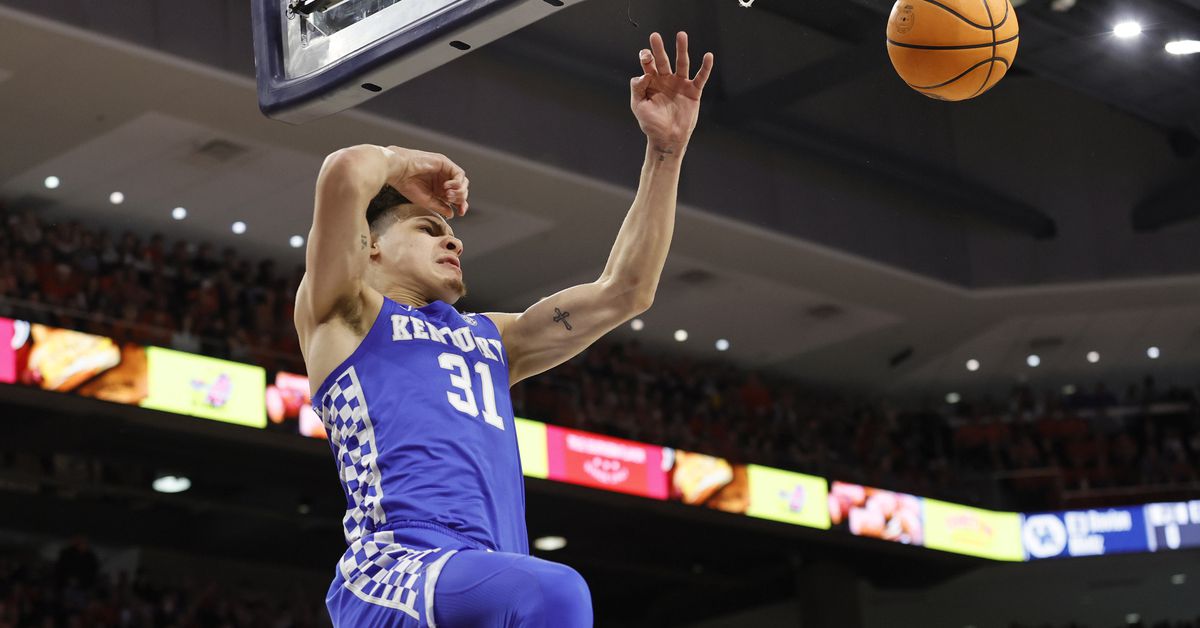 Grady, Tshiebwe ready to run it back against Auburn

Could it be a cat fight in the SEC title game?

Kentucky's status as a premier destination for...
Click to expand...

I’m sure this has been talked about but I...
Click to expand...

Getting a bit testy between UT and LSU

Davis was a huge mistake. But he just needs more time.
Click to expand...

i'm seeing the Packers as almost 4-1 favorites...
Click to expand...

Cant remember the last Cat to do it. Maybe Sky Walker in mid 80s?

Login to view embedded media
Jacob is a freak of nature!
Click to expand...

Why do UK fans (not all) always think the best player is sitting on the bench? Sharpe, Allen. Same with T Clark last year. Vanderbilt. Juzang. Hamidou Diallo. Got to be a reason they don’t play
Click to expand...